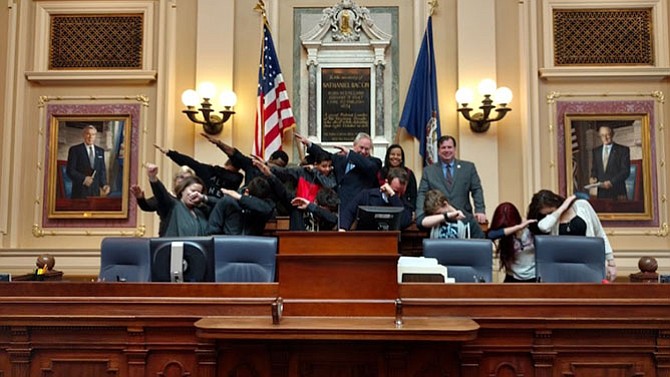 Mr. Ken Pieper of Clifton brought students from his class at the Hillwood School in Falls Church to visit Del. Tim Hugo (R-40) and the Capitol building in Richmond during the 2016 Virginia General Assembly session.