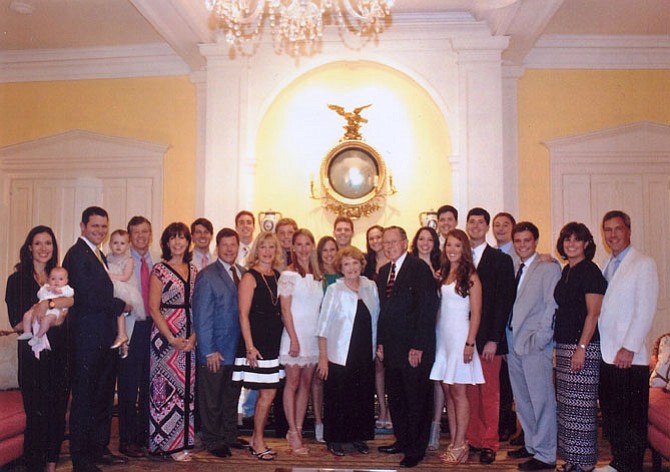 Lorrie and Peter Plamondon, center, are surrounded by 22 of their children, grandchildren and two great-grandchildren at the celebration of their 60th wedding anniversary last August.