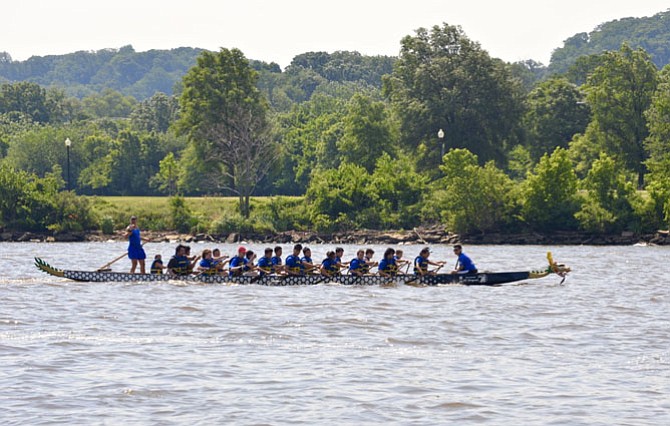 The Dragon Boats in action on the Anacostia during practice. Conditioning and training take place year round, while the boats hit the water in late March until early November for practices, regattas, races, and festivals.

It’s been called the fastest growing water sport in the world – although it took more than 2,000 years to recently take aim at that title.