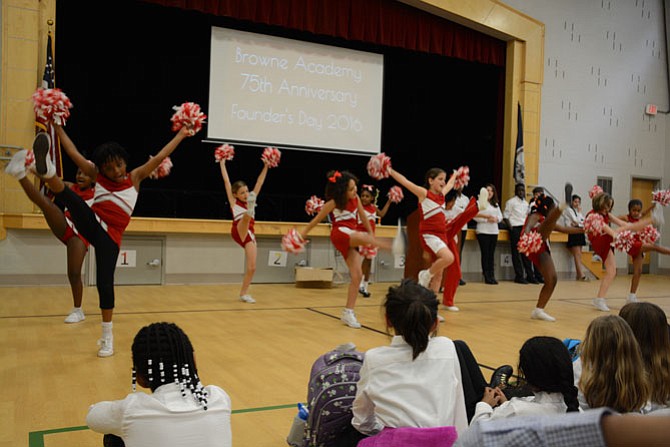 The Browne Academy spirit squad performs for students and parents at the Founder’s Assembly on May 6, 2016.

One of Virginia’s first racially integrated schools celebrates with arts, picnic and assembly.

Independent school Browne Academy didn’t begin its daylong celebration of the institution’s 75th anniversary trumpeting the fact it was founded as one of the first racially integrated schools in Virginia.