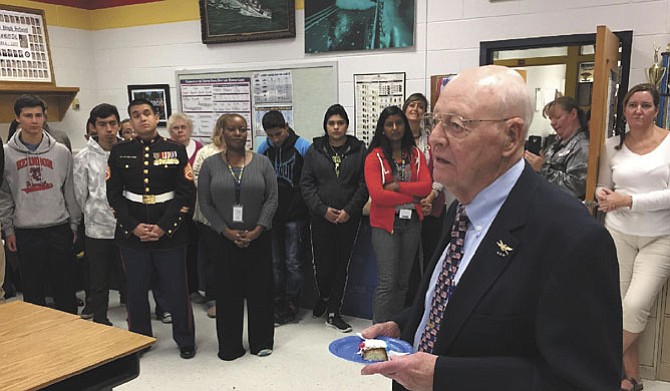 Captain Blakeman speaks to assembled cadets about his time at the Unit and the early days in 1983.

Herndon High School Navy JROTC Cadets celebrated the Navy’s 241st Birthday with cake and camaraderie, but they also had a special surprise: Captain Fred Blakeman, the original Senior Naval Science Instructor, joined them for this special day. Captain Blakeman started the unit in 1983 and remained at Herndon for 17 years making the unit one of the best in Fairfax County.