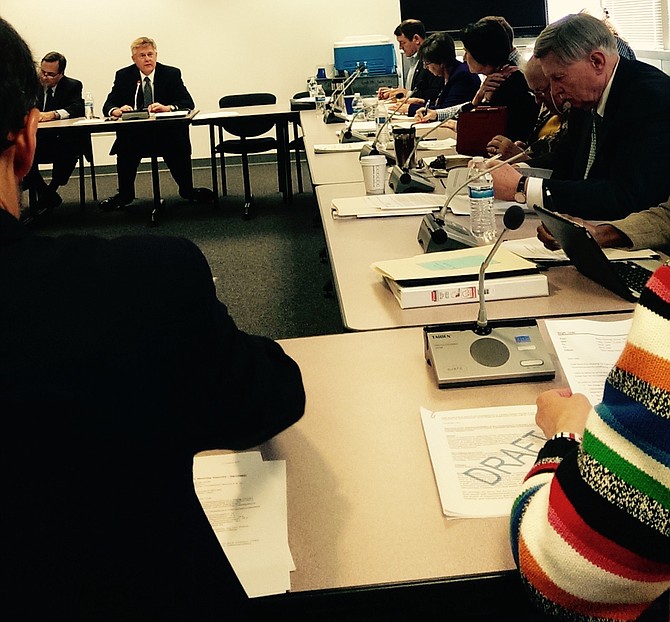 (Center) Supervisor John Cook (R-Braddock), who chairs the board’s public safety committee, believes an action item to establish an independent civilian review panel will be ready for the board to vote by Dec. 6.

By its Dec. 6 meeting, the Fairfax County Board of Supervisors should have the opportunity to vote on creating a Civilian Review Panel for police oversight, a first in Fairfax. The independent panel was one of the more controversial of the 142 recommendations from the Ad Hoc Police Practices Review Commission created by board chairman Sharon Bulova in 2015. The civilian review panel would “review completed police internal administrative investigations of civilian complaints concerning allegations of abuse of authority and serious misconduct,” according to the draft action item.