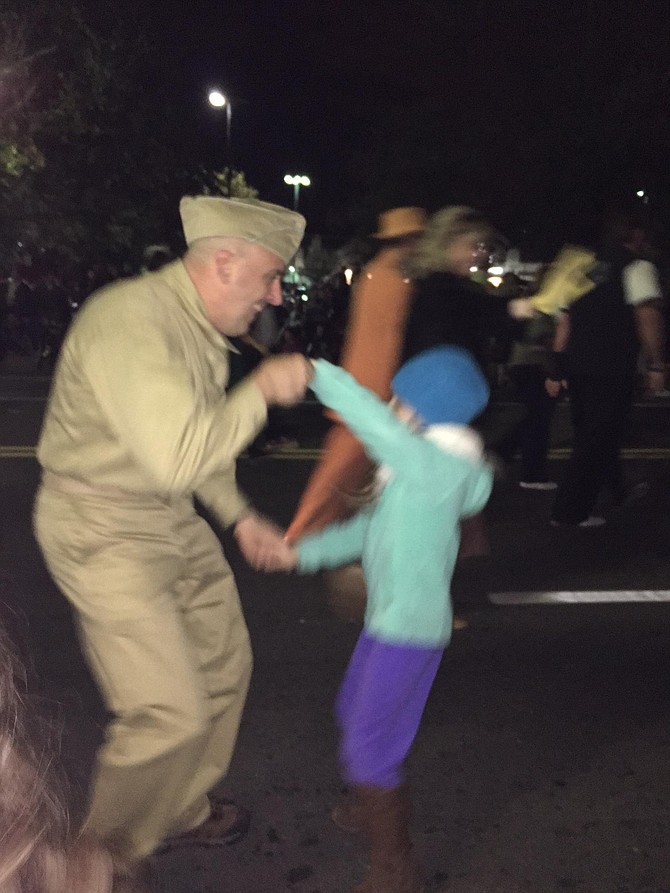 In tempo with the halloween parade’s theme of the Jivin’ Forties, a World War II G.I. dances with a young partner on the parade route.

By early morning on Oct. 26, Maple Avenue was lined with blankets, chairs, even tenting, to mark spectator-places along the halloween parade route between Branch Road and Center Street.