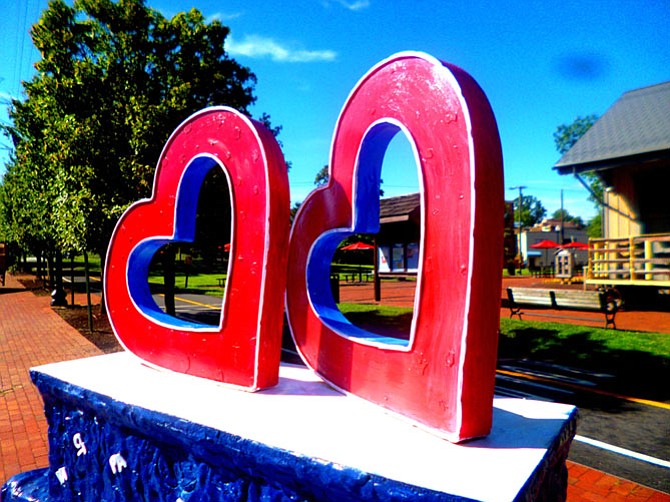 In July, a temporary installation of Herndon artist Vida Khadem’s work called "United Hearts" was displayed in the Town of Herndon to show the artist’s love for the country and people of America.