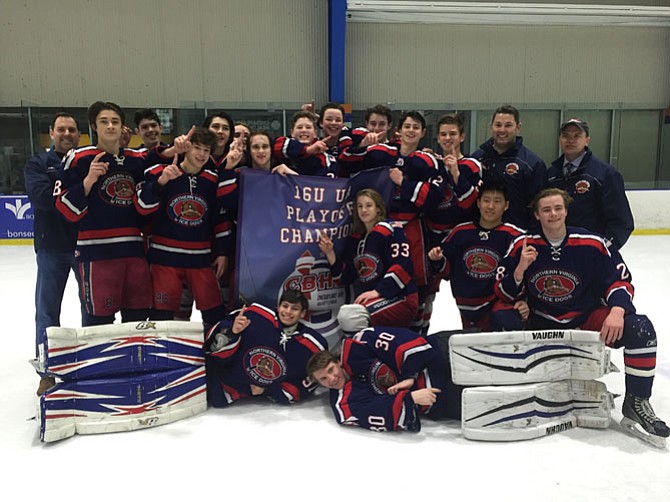 The NOVA Ice Dogs are the champions of the Chesapeake Bay Hockey League for the U-16 Upper Patrick Division.

Alexandria's Northern Virginia Ice Dogs Hockey Team won the U-16 Upper Patrick CBHL League Championship on Feb. 26 beating the #1 ranked Piedmont Predators in a game that went to a shoot-out.