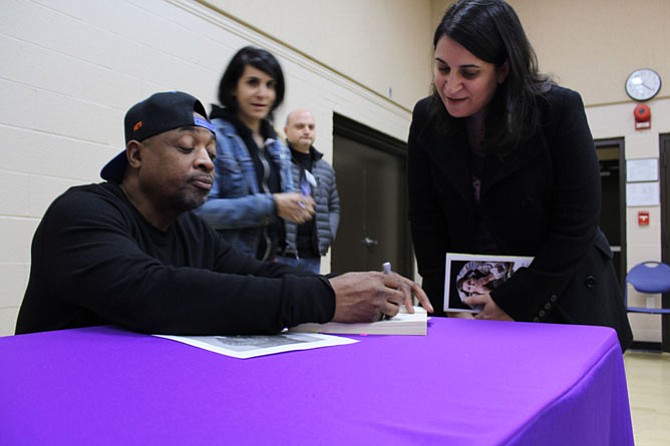 Muna Shami of McLean gets her book, “Fight the Power: Rap, Race, and Reality” signed by Chuck D.

“It is not about Trump,” he said. “This is about a polarized nation … the whole planet is watching every second of what goes down [in Washington, D.C.]. Character is at stake … That’s what’s going on right now.”