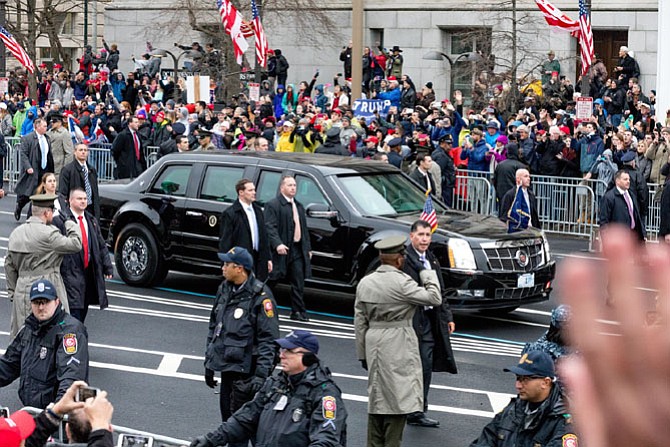 Fairfax County police officers, in foreground, provide security to President Donald Trump’s limousine as it makes its way through the streets of Washington during the Inauguration Day parade Jan. 20. More than 3,000 officers from across the country were sworn in to assist with Inauguration activities, including 105 officers from the Fairfax County Police Department.

More than 100 officers from the Fairfax County Police Department assisted in security during Inauguration Day activities Jan. 20 in Washington, D.C. as Donald Trump was sworn in as 45th President of the United States.