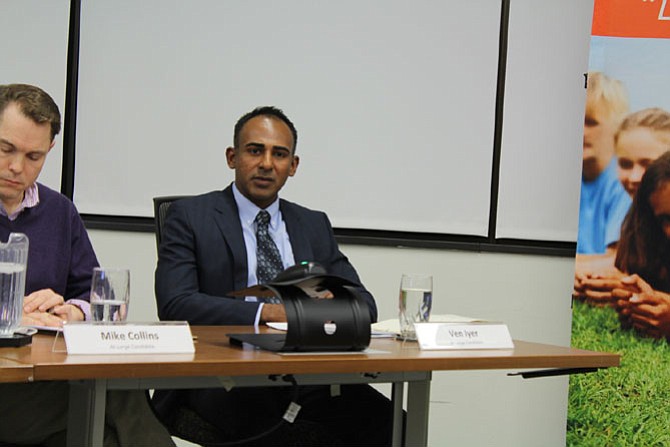 Ven Iyer participated in a candidates’ forum in March when he ran for an at-large seat during the Reston Association’s spring 2017 election. He received 2,376 votes out of the 4,918 ballots cast for the seat, second only to Eric Carr, who won the election with 2,493 votes.