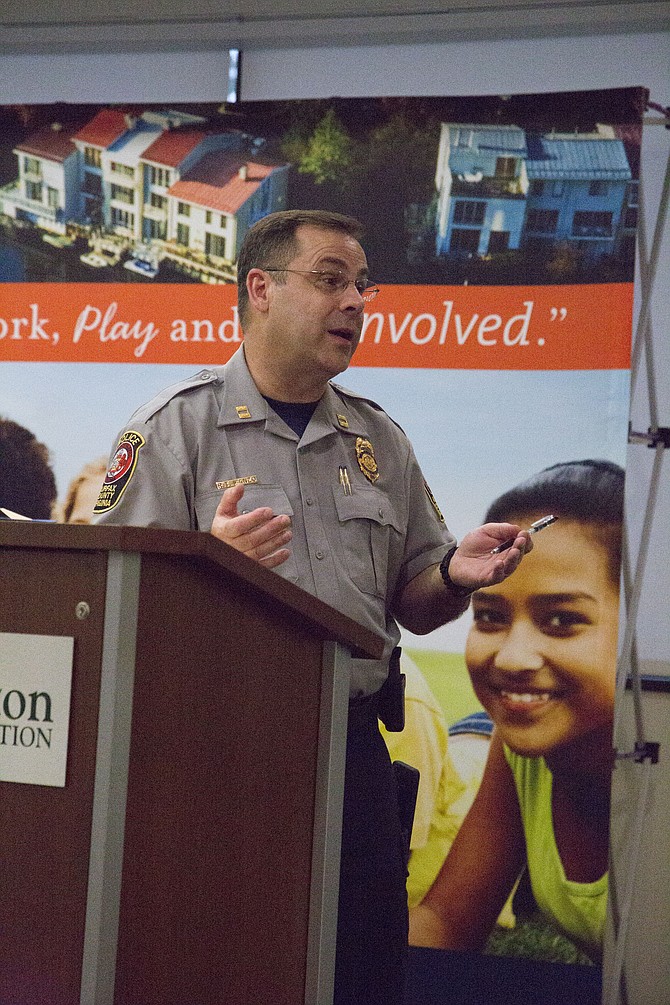 Fairfax County Police Department Reston District Station Commander Capt. Ronald Manzo addressed the Reston Association Board and members during the meeting on Thursday, Sept. 28, about crime activity. Though traffic is typically the No. 1 concern for the station, he reported an increase in thefts of property from parked cars in the area as well as gunshot complaints. “We’ve gotten lots of gunshot complaints from the Reston area … not only are we getting the gunshot complaints, but that means somebody’s shooting a weapon out in the open and there could be victims,” he said. Manzo finished his report by announcing an open house that is being organized for the public to visit the Reston District Station on Oct. 21.

Wish you best of luck for all your best efforts. Excellent Web page, Carry on the good job

hi,this site is so good and i have seen so many great post and this one is very good thanks&nbsp;

I love it when people come together and share opinions, great blog, keep it up.

think this is one of the most important information for me. And i’m happy reading your article.