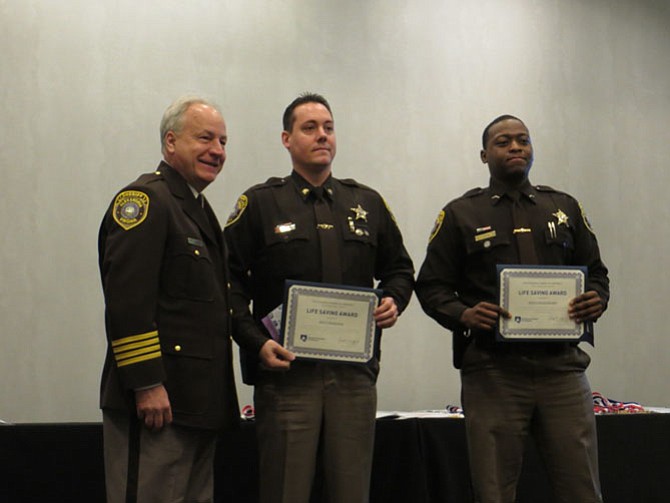 Sheriff Dana Lawhorne (left), Deputy Brian Wade (center), Deputy Gerald Wooden. Wade and Wooden found an inmate lying on his side with open and bloodshot eyes. A wire was found around his neck, and both deputies performed life-saving measures that ultimately rescued the inmate from an attempted suicide. Both received Life Saving Awards.