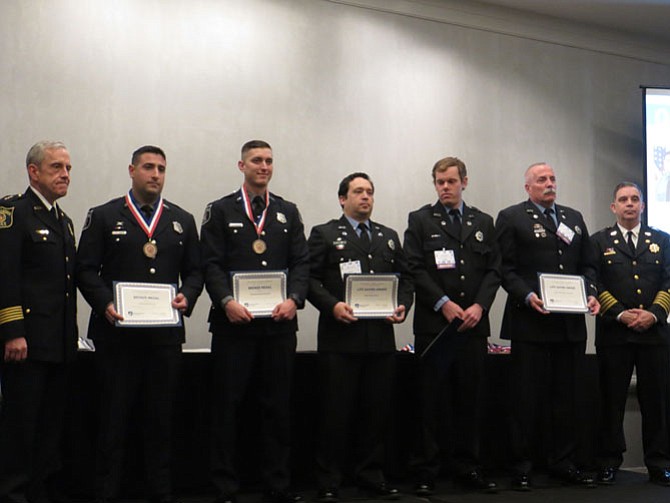 From left: Police Chief Michael Brown, Officer Michael Izzi, Officer Michael Matteson, Medic Remi Howell, Medic Brett Buehler, FF Karl Kappelman, Police Chief Robert Dube. Officers responded to a welfare check where they found a male subject lying on a couch repeatedly stabbing himself in the throat with a kitchen knife. Officers ran towards the subject and were able to take control of the knife. Officers began taking life-saving measures and were able to control hemorrhaging until medics arrived. The difficult medical procedure was successfully performed and the subject’s life was saved, at which time a nearby deceased female was located and the case was classified as a homicide.