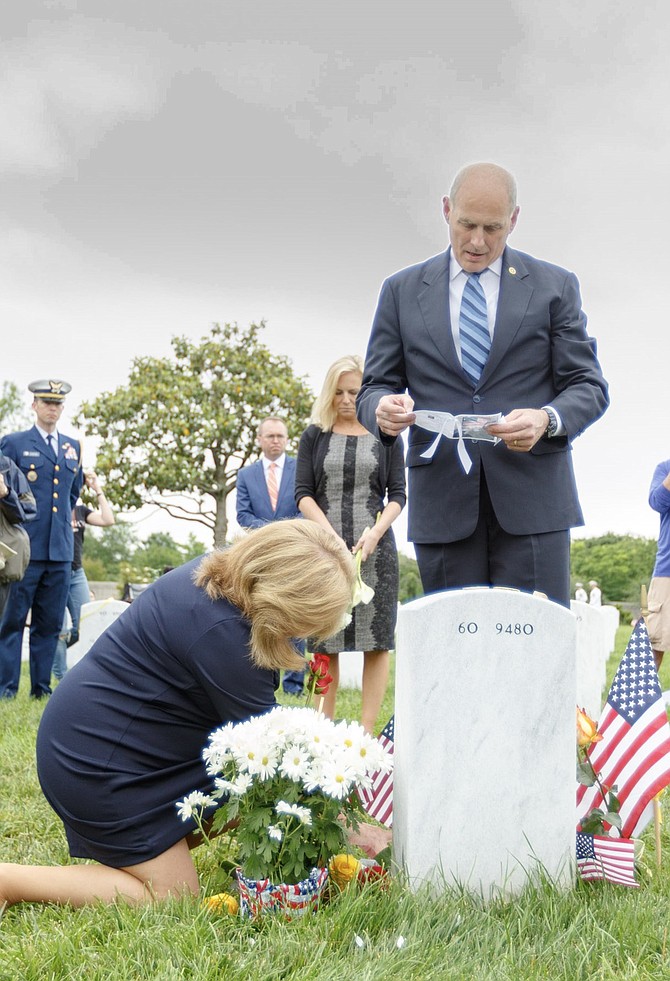 John Kelly, Chief of Staff to President Donald Trump, stands as Karen Kelly places flowers at the gravesite of their son, Marine 2nd Lt. Robert M. Kelly, who was killed in November 2010 after he stepped on a land mine while on patrol in southern Afghanistan.

‘On Sacred Soil’ in Arlington

Thousands gather to remember the fallen.

I admire him! https://happywheels24.com/">happy wheels online.

This web site is too good which bring happiness in life ….