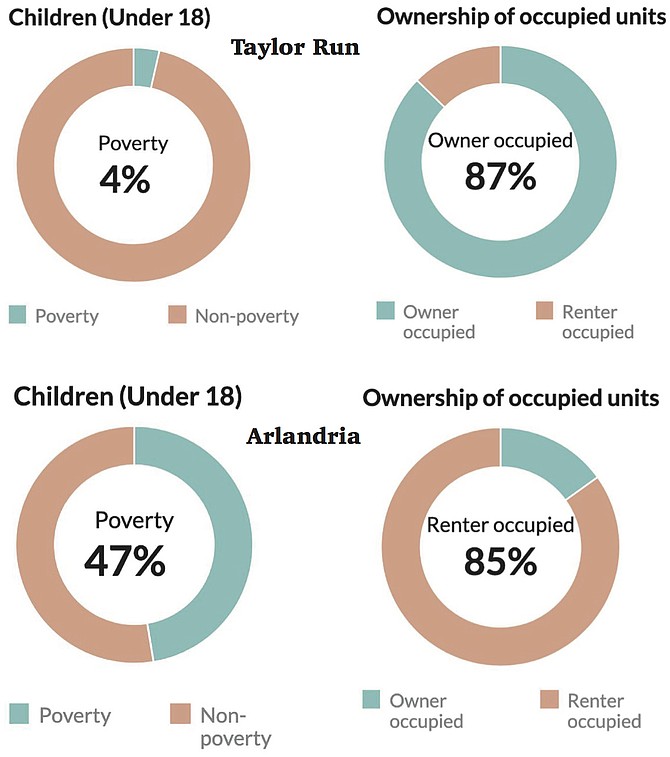 Income disparity is highest in Arlandria, which trails the city in median household income.

Taylor Run is about three miles from Arlandria. But it might as well be on the other side of the planet in terms of median household income. Census records show that the leafy suburban Taylor Run neighborhood, which is just behind the George Washington Masonic Memorial, has the highest median household income in Alexandria, more than $180,000 a year. The low-income neighborhood of Latino residents near the border with Arlington, on the other hand, has the lowest, less than $55,000 a year.