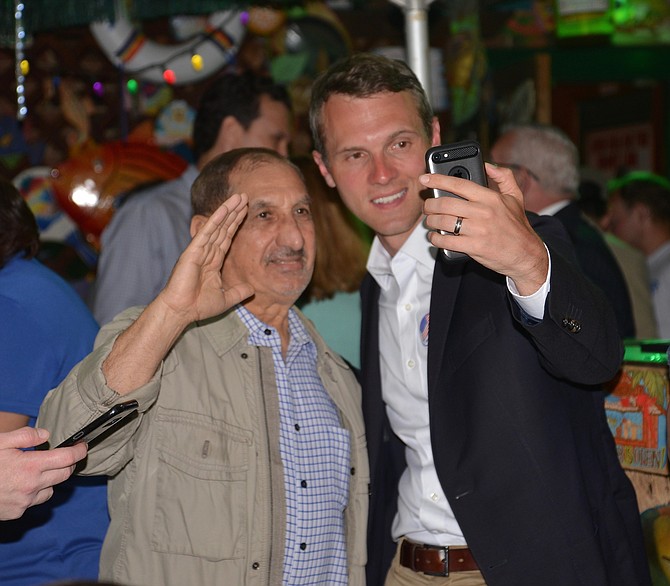 Getting a selfie with the winner. A supporter gets a photo with James Walkinshaw, the winner of the Democratic primary election for the Braddock District Supervisor. Walkinshaw will face Republican Jason Remer and Independent Carey Campbell in November, so he will “be back on the campaign trail almost immediately.”