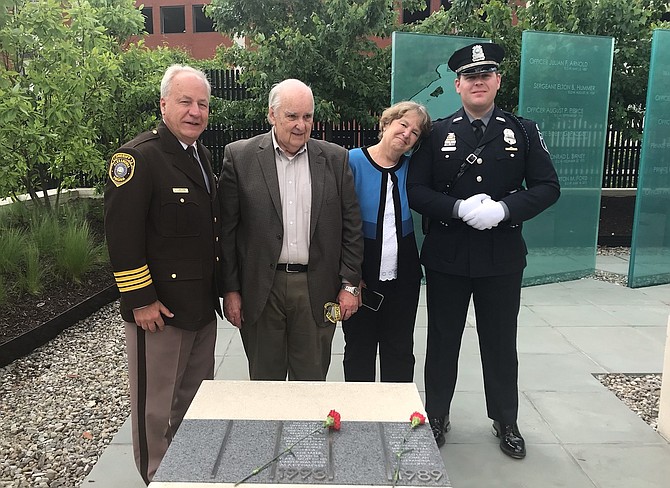 Ginny Obranovich, second from right, rests her head on the shoulder of her son, Officer Robert Hill, after placing a flower at the memorial to her late husband, Corporal Charlie Hill, during the APD Fallen Officers Memorial wreath-laying ceremony May 6 at APD Headquarters. With them are Sheriff Dana Lawhorne and Obranovich’s husband Richard.