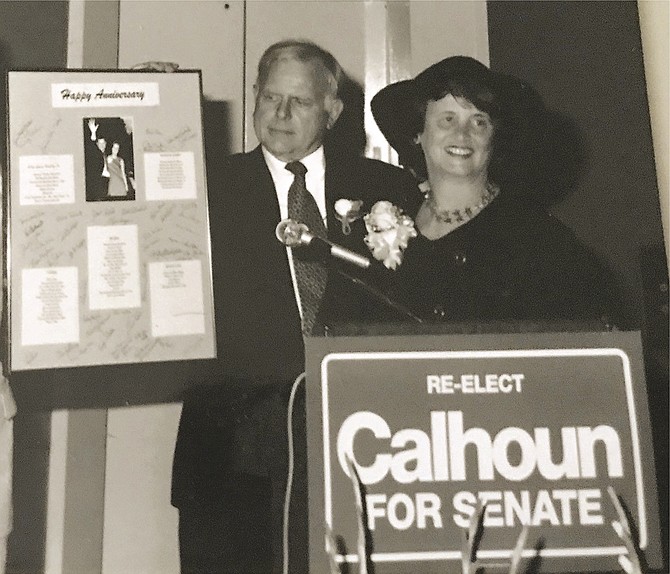 Bob Calhoun and his wife Sandra during a re-election campaign in 1992.

Bob Calhoun, a political statesman who represented Alexandria in elected office for 20 years, died Aug. 6 at his country wildlife preserve in Berryville, Va., following a battle with prostate cancer. He was 83 years old.