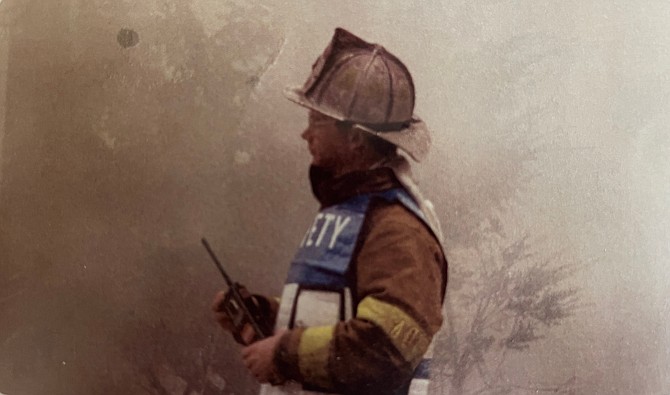 Steve Miller at the scene of a fire. Miller, whose father volunteered with Cabin John Park Volunteer Fire Department, became a member when he was 16 years old in 1971. His daughter Holly continued the family tradition and joined the fire and rescue squad when she was 19.