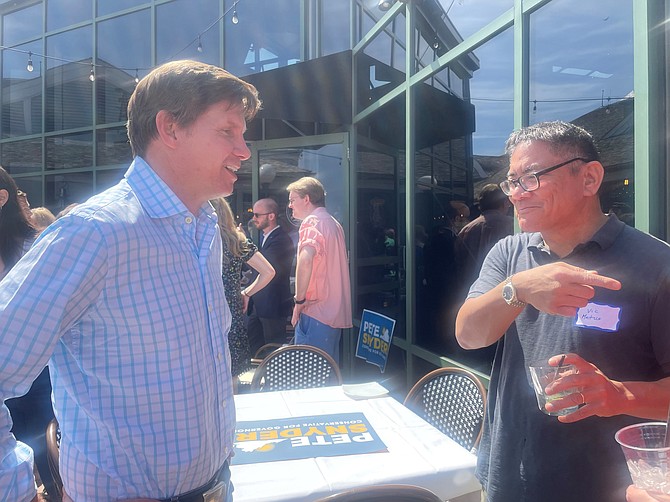 Pete Snyder, left, talks with supporter Vic Matus during a campaign event at Blackwall Hitch Restaurant March 27 in Alexandria. Snyder is running for the Republican nomination for Virginia governor. The GOP convention is May 8.