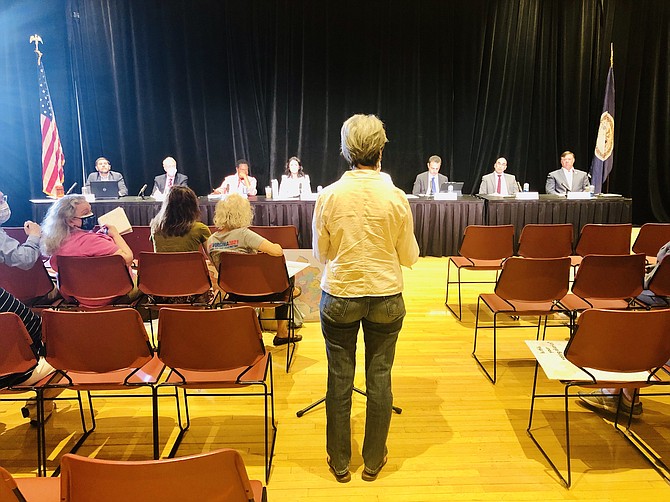 Members of the redistricting commission listen to Debora Wake, president of the League of Women Voters of Virginia, during a public hearing this week at George Mason University.

How much should cities and counties be divided among lawmakers?

For Mason Cook of the Middleridge neighborhood in Fairfax County, the problem of gerrymandering can be understood in an afternoon commute. During a public hearing of the Virginia Redistricting Commission this week, he explained that if he were to drive from his house to his grocery store and then drop off a package at his post office, he would have gone through three different House of Delegates districts. "We hear a lot of talk about voter suppression. These kinds of congressional districts are all about voter suppression, and they make the congressional elections totally meaningless." — Bill Millhouser of Fairfax County