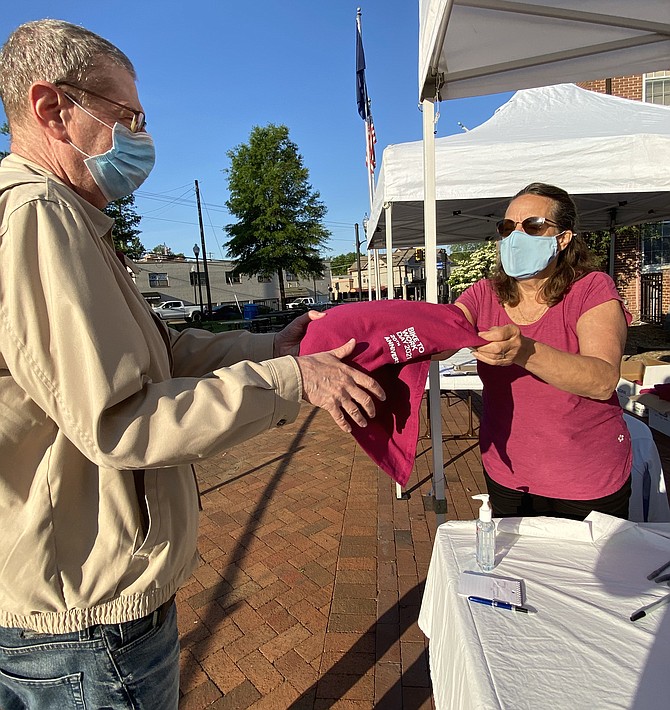 Cindy Roeder, the Herndon Parks and Recreation Director, hands David Agland of Herndon his official t-shirt at the Herndon Pit Stop in front of the Old Town Hall and Train Depot.

20th Anniversary subdued, but carries double the fun in Herndon