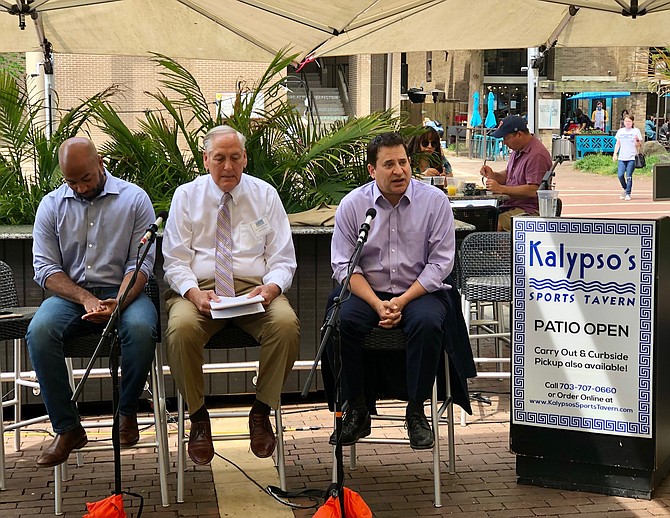 With Lake Anne and its sparkling fountain as a backdrop, candidates for Va. Lt. Governor took questions from a panel of Reston civic leaders and residents on the patio of Kalypso’s Sports Tavern.