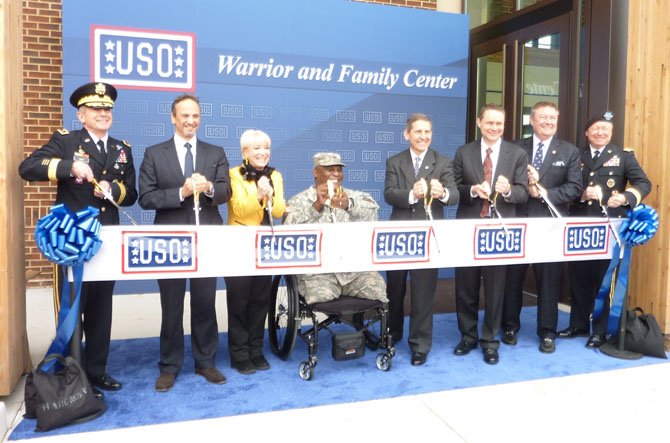 Less than two years ago, it was just an overgrown lot in the shadows of Fort Belvoir Community Hospital. But on Feb. 5, the world's largest USO facility welcomed the community with a grand opening celebration of the new USO Warrior and Family Center.

You are at the last photo