Two Die in Merrifield Area Crash Around 1:50 a.m., on Monday, Feb. 3, a police officer attempted to stop the driver of a 1999 Dodge Neon, for suspicion of driving while intoxicated. The Neon was west bound on Hilltop Road when it attempted to flee. The Neon lost control near the intersection with Old Lee Highway and ran off the road, striking a tree.

‘Stuff You Can’t Find Anywhere Else’ in Fairfax City

When 99 Ranch Market, a leading Asian grocery store, recently opened its new store in Fairfax City, the pandemic meant just 50 people were allowed inside at a time.

Board of Elections Seeks Workers

Montgomery County’s Board of Elections is seeking registered voters to manage polling places and provide customer service as an Election Judge on Tuesday, Nov. 4.

495 Express Lanes announced the launch of a three-month car giveaway contest designed to accelerate the adoption of E-ZPass and the new E-ZPass(r) FlexSM among Northern Virginia drivers in anticipation of the Express Lanes opening later this year.

Weekend events in your neighborhood

‘A Civil War Christmas’ Extended Until Dec. 30 in Tysons 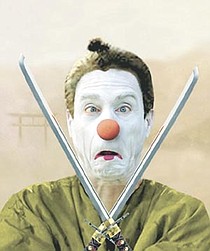 Montgomery County’s Board of Elections is seeking registered voters to serve as election judges at polling places for the Gubernatorial Primary Election to be held on June 24. In accordance with the Election Code, to serve in this paid position on Election Day or during Early Voting, an election judge must be registered to vote in the State of Maryland. They must also be able to speak, read, and write the English language, and while acting as a judge must not hold, or be a candidate for, public or party office. In addition, election judges may not serve as a campaign manager for a candidate or as treasurer for any campaign financial entity.