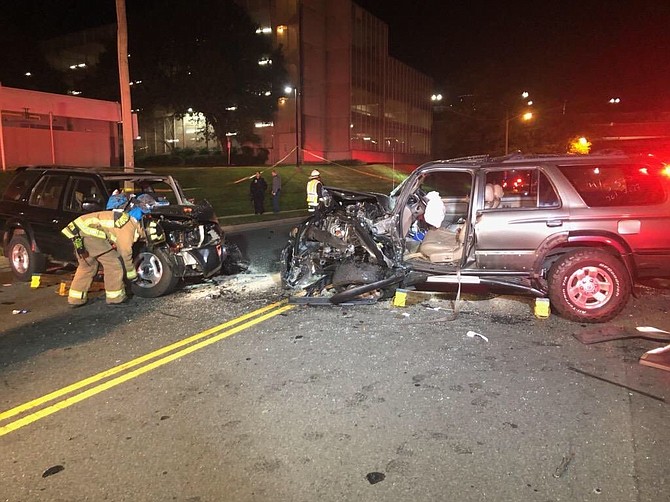 The Alexandria Police Department is investigating a traffic crash that occurred on Saturday, Nov. 2, in the 2000 block of North Van Dorn Street.

At approximately 8:19 p.m., police responded to the area for a crash involving two vehicles. Initial investigation indicates a head-on crash occurred, which resulted in the death of Mr. Armando Aguirre Membreno, a 64-year-old Alexandria resident, at the scene. Three adults and one juvenile were transported to a local hospital and are listed in stable condition.

Members of the Crash Reconstruction Team and Criminal Investigations Section are investigating the crash. The investigation is ongoing. Alexandria Police ask that witnesses with information regarding this incident contact Officer Nancy Gordon at 571-289-6794.