Read Calls for ‘City that Works for Everybody’
Votes

Read Calls for ‘City that Works for Everybody’ 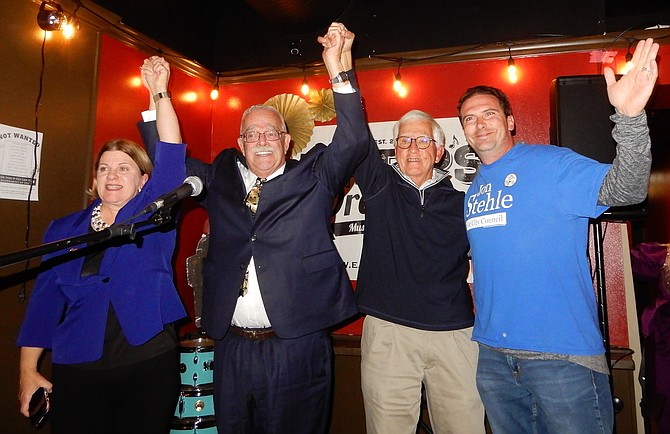 Catherine Read made history Tuesday night, Nov. 8, becoming the first woman to be elected mayor of Fairfax City. In a highly partisan race in what was supposed to be a nonpartisan election, the Democrat beat Republican and current City Councilmember Sang Yi.

“This was never a given; we knew it was going to be difficult,” said Read. “But I had the faith of so many people that made this possible. And even though I didn’t run on being the first woman mayor, it’s important to so many people here – this representation counts.” 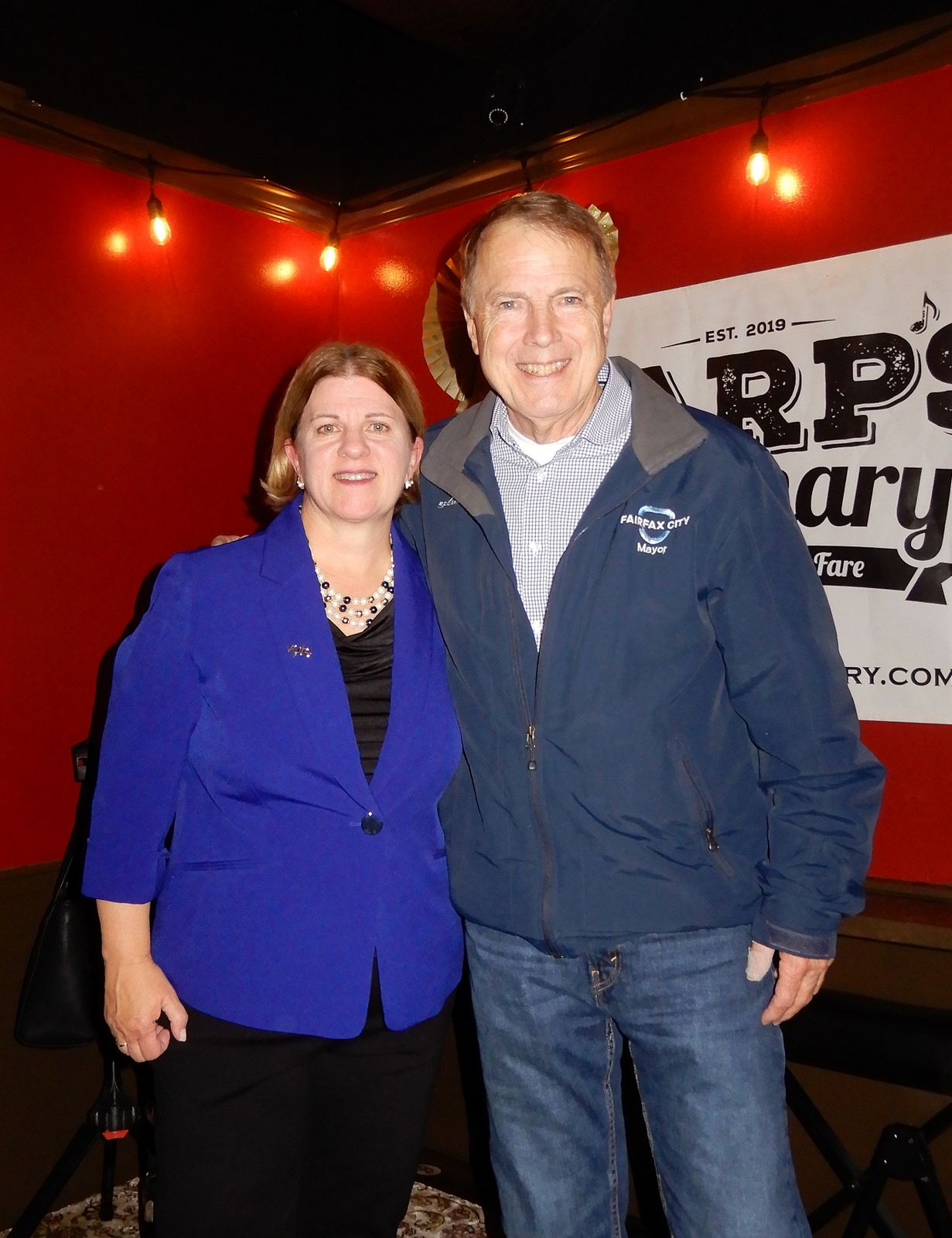 Read received 4,757 votes, or 50.45 percent; and Yi, 4,639 votes, or 49.19 percent. In the contest for City Council – where nine people battled for six seats – incumbents So Lim, Tom Ross and Jon Stehle were the top vote-getters, followed by newcomer Kate Doyle Feingold and former Councilmember Jeff Greenfield. The sixth spot, however, is still up for grabs, with just .01 of a percentage point and seven votes separating Ana Renner and Billy Bates.

But their totals will change by Monday at noon when the currently uncounted provisional and late-absentee ballots are added in. Meanwhile, in a surprising result, incumbent Councilmember Joe Harmon was not re-elected.

The swearing-in date for the winners hasn’t yet been determined, but they’ll all take office Jan. 1, 2023, for two-year terms.

In the School Board election, newcomers Stacy Hall, Sarah Kelsey, Amit Hickman and Rachel McQuillen will join incumbent Carolyn Pitches on the Board. All ran uncontested. Pitches is the only Board member who ran for re-election this year; the other four are retiring. This new school board is also historic for the City because it marks the first time it’s been all women.

The mood at Earp’s Ordinary restaurant in Fairfax was upbeat and optimistic, as Read and her supporters waited for all the votes to come in. And at 8:22 p.m., when the totals confirmed she’d won, a huge cheer erupted and Read raised her arms in victory.

Addressing the jubilant crowd, she thanked everyone – many by name – who’d played a part in her triumph, including her husband and family, plus current Mayor David Meyer, who door-knocked with her. “People helped from the minute I said I was going to run, and you all have not stopped since then,” she said. “So many people stepped up, from the postcard-writers to the fundraisers.”

During their candidacies, Read raised $90,000, while Yi’s war chest contained $170,000 – and she acknowledged it. “This is the most expensive campaign ever mounted in Fairfax’s history for a mayoral race – and let’s hope this never happens again,” said Read. “Citizen government shouldn’t be about who can raise the most money.”

“The women in this City brought their creativity, commitment and relentless drive to make sure we won,” she continued. Read also noted that, while past traditions are important, it doesn’t mean Fairfax can’t be inclusive and “look toward the future, the younger people moving in and those who’ve not lived here their whole lives.

“This has got to be a City that works for everybody; and I want to make sure that, going forward, people feel welcome here and can actually afford to live here. Campaigning is one thing, and governing is something else. This community needs to focus on your priorities and fund them to make this the community for ourselves and for the next generation of young people who’ll inherit our decisions.”

Meyer then toasted “all the people who had faith in democracy that their voices can be counted, and elections cannot be bought. I also toast Catherine Read, our future mayor and first female mayor in the history of the City.”

Attending the celebration, as well, were U.S. Rep. Gerry Connolly (D-11th), who won his own reelection handily, plus Sen. Dave Marsden (D-37th), Del. David Bulova (D-37th) and Del. Eileen Filler-Corn (D-41st). Taking the stage, Connolly ripped into Yi, who’d tried to play down his connection to high-ranking Republicans during the race.

“When a candidate says, ‘I never appeared with Gov. Youngkin’ and we’ve got the photographs…” said Connolly, as the crowd laughed. “When you begin a campaign based on a lie, that’s not who you want to be the mayor of your city. With Catherine’s election, we’re going to make sure we have nonpartisan government in Fairfax City.”

Connolly called local government the most important level of government because it requires action and accountability. “We want common-sense government that’s going to improve the quality of life for everyone in Fairfax City, and that’s what this team is going to do,” he said. “That’s also what outgoing Mayor David Meyer has done.”

Afterward, the songs “Celebration” and “We Are the Champions” played, while attendees sang along. Beaming, Read’s husband, Tom Greeson, said, “I’m incredibly proud of her. She’s a remarkable woman, and I’m so grateful to all of her supporters for giving her this opportunity to bring her talents to the City.”

Read attributed her victory to the grassroots efforts of her volunteers, “especially the moms who came together. Many had never worked on a campaign before, but they brought their talents and skills. Our campaign was people-powered and homemade.”

Next, she plans to meet City staff to understand how Fairfax’s government functions and which people make it run. “I want to know every staff member’s name and what they do,” she said. “That matters to me.”