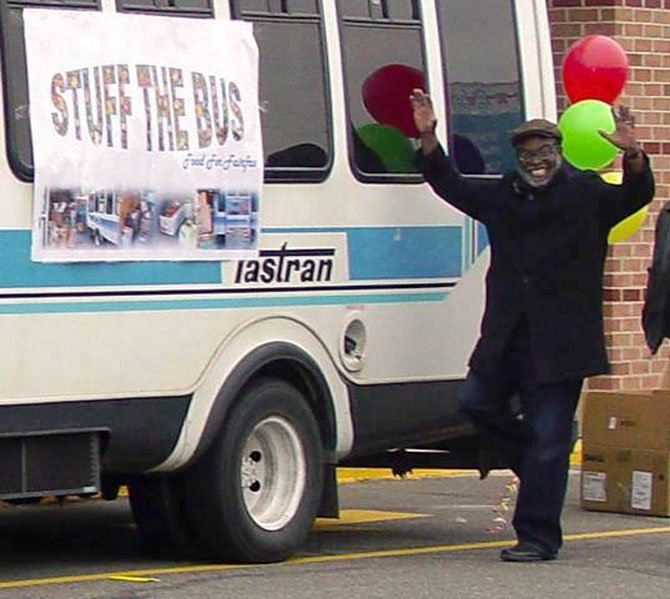 Michael Artson, chief planner with the County’s Neighborhood and Community Services (NCS) Department, shows his appreciation for the record amount of donations when the bus was parked at the McLean Giant.

The Bus Was Stuffed