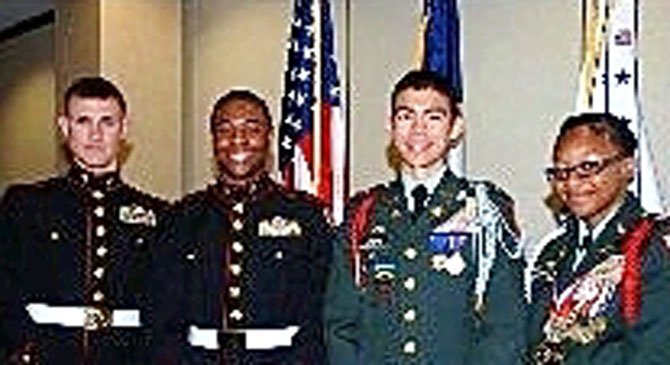 At the May 16 Dinner Meeting of the Mount Vernon Chapter, Military Officers Association of America held at Fort Belvoir, five JROTC cadets of local high schools each received a $2,000 scholarship.