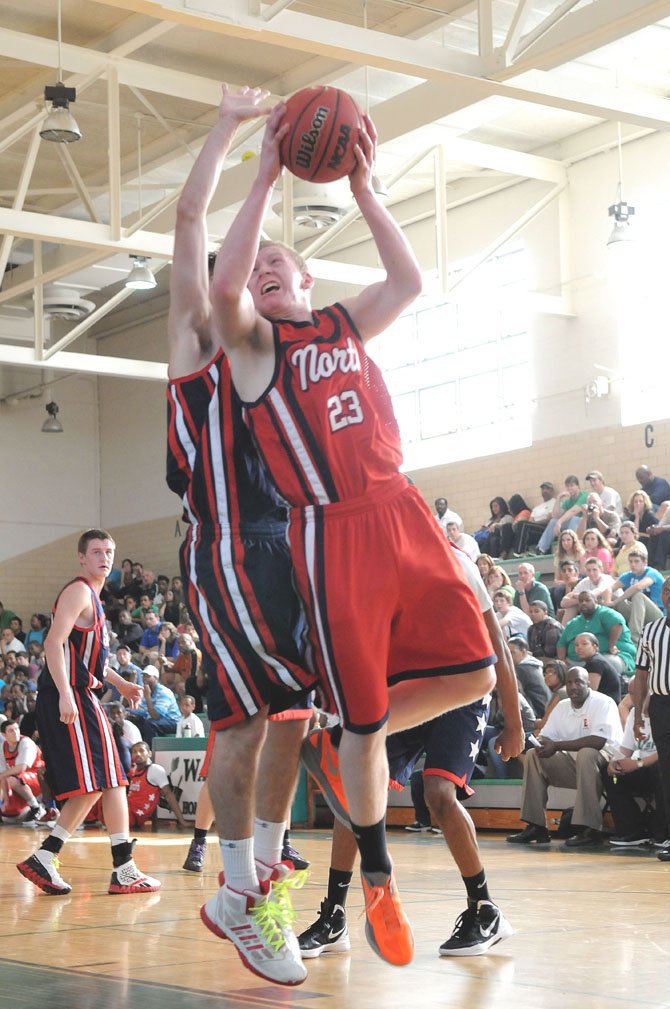 Centreville High’s Evan Fuller (23), one of the top players in the Concorde District this past season, makes a hard drive to the basket at Saturday’s All-Star extravaganza. Fuller tallied nine points in the game.

Bryant Fultz wasn’t among the top performers in the dunk contest during the Northern Region Coaches Association All-Star Boys’ Basketball festivities on March 17, but the West Potomac senior made his mark during the main event.