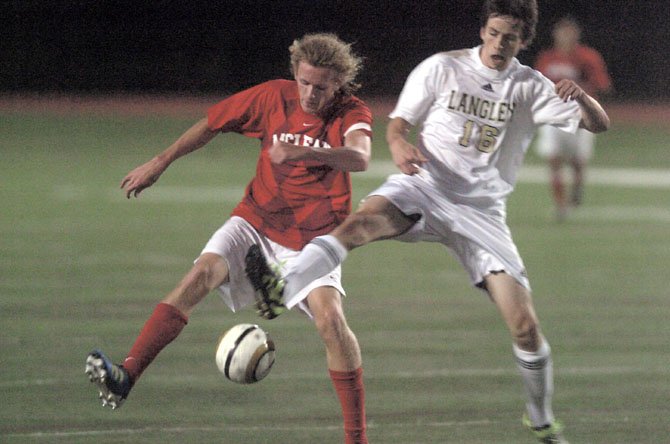 Both the McLean girls’ and boys’ teams capture Liberty titles.

The athletic grounds within Madison High School’s Norman Bradford Stadium were, for one night at least, a Highlander Haven last Friday, May 18 as both of the McLean High varsity soccer programs – the Highlander girls’ and boys’ squads – earned Liberty District champion status for 2012 as a result of tournament finals victories.