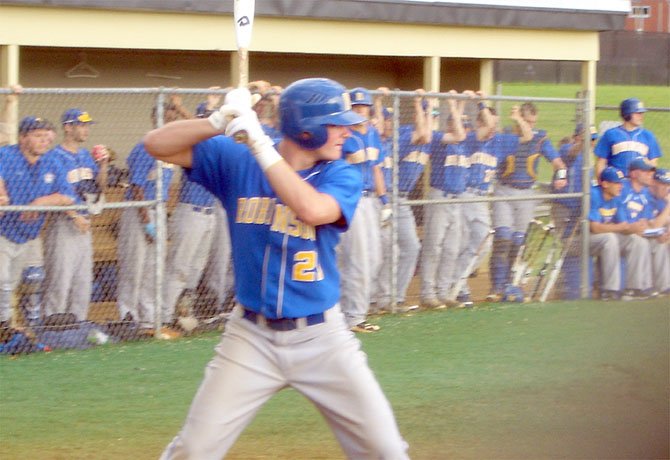 Robinson leadoff batter Patrick Baker stands at the plate during the first inning of Tuesday’s Concorde District baseball finals at Westfield High School. The senior second baseman went on to smack a double and eventually scored to give the Rams a lead they never lost.

Both the Westfield and Robinson baseball teams, along with competing against one another in Tuesday night’s Concorde District tournament baseball championship game, had to deal with sloppy, rainy weather conditions as well. Ultimately, following a third inning delay due to rain, the Rams of Robinson came away with a 4-2 finals win.