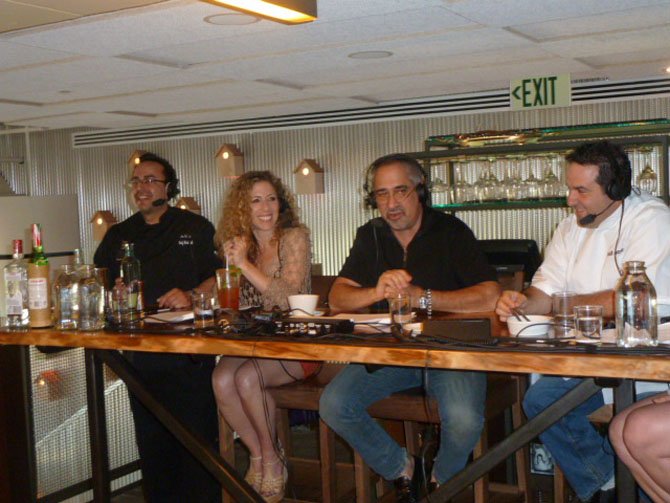 ‘Foodies and the Beast:’ Live at Founding Farmers

Founding Farmers Restaurant in Park Potomac was the place to be on Sunday, May 20. The Park Potomac restaurant was the scene for “Foodie and the Beast,” the food and wine variety show hosted by Nycci and David Nellis on Federal News Radio 1500AM. The sold-out venue featured brunch, interviews with well-known chefs, a discussion with a local butcher about carving lamb, a drink-mixing lesson from Jon Arroyo, mixologist for Founding Farmers and more.