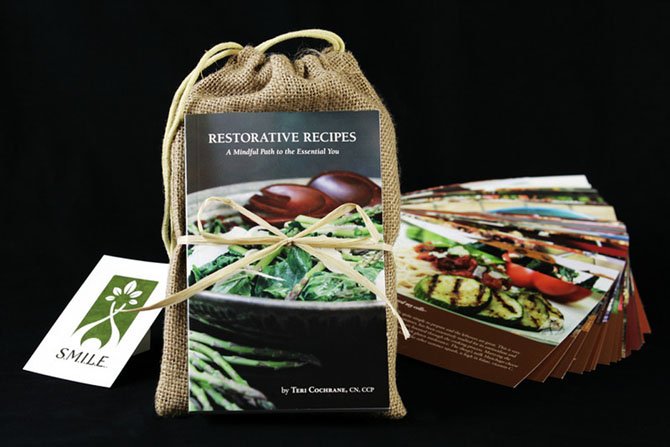 “Restorative Recipes: A Mindful Path to the Essential You,” written by Reston-based nutritionist Teri Cochrane is filled with healthful recipes that she says can help heal one’s body.

If You Are What You Eat, Eat Well

When Teri Cochrane’s son was 18 months old, he was diagnosed with asthma and placed on a variety of medications, including steroids. Less than two years later, doctors warned the Reston mother that he would have frequent seizures, would never have a normal childhood and would never grow taller than 5 feet 4 inches. When Cochrane’s daughter was born three years later, she also suffered from health problems, including chronic, severe abdominal pain.