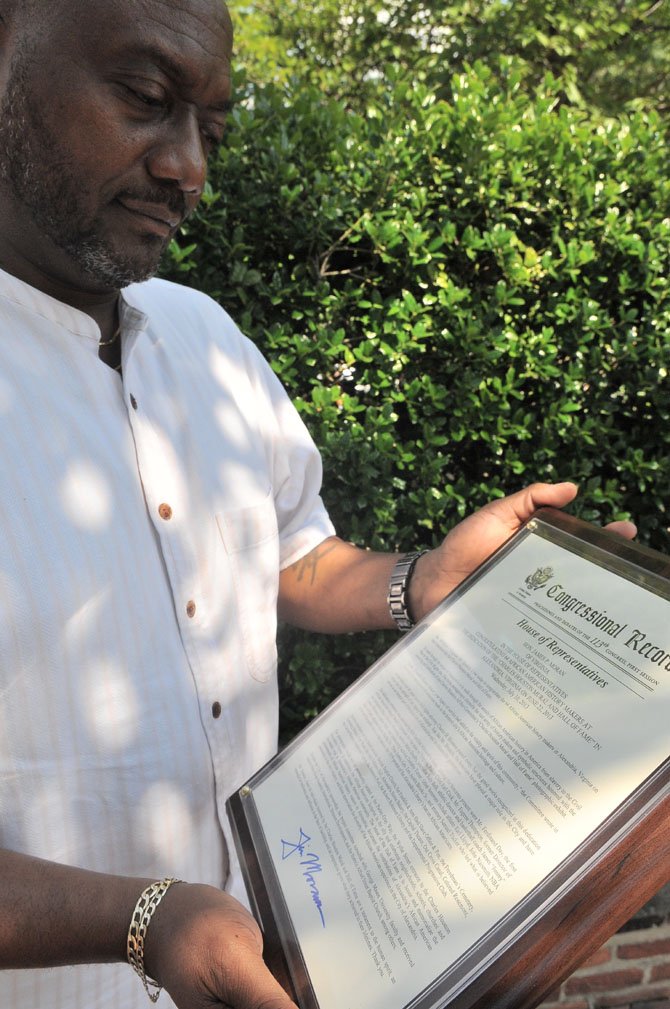 Chairman of the Charles Houston Recreation Center African American Hall of Fame Committee Julian Haley, Jr. holds a framed copy of the July 10, 2013 Congressional Record in which U.S. James P. Moran acknowledged and congratulates all of the 64 African American History Makers who were honored in the June 22 ceremony at the center. The copy will be on permanent display in the case at the Wythe Street entrance of the community center.

On July 10, U.S. Rep. James P. Moran congratulated the 64 African American History Makers at the dedication of the “Charles Houston Mural and Hall of Fame” in Alexandria Virginia on June 22.