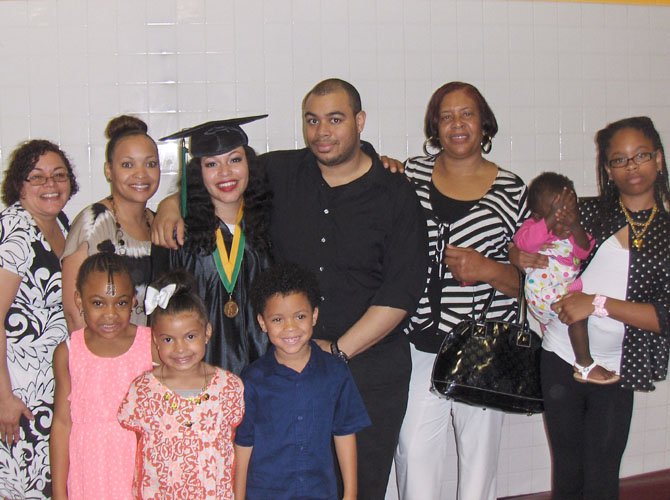 Student Ana-Lycia Pena was just about to sing the last word of the National Anthem during Mountain View High’s graduation last Friday at Oakton High, when the auditorium went dark.