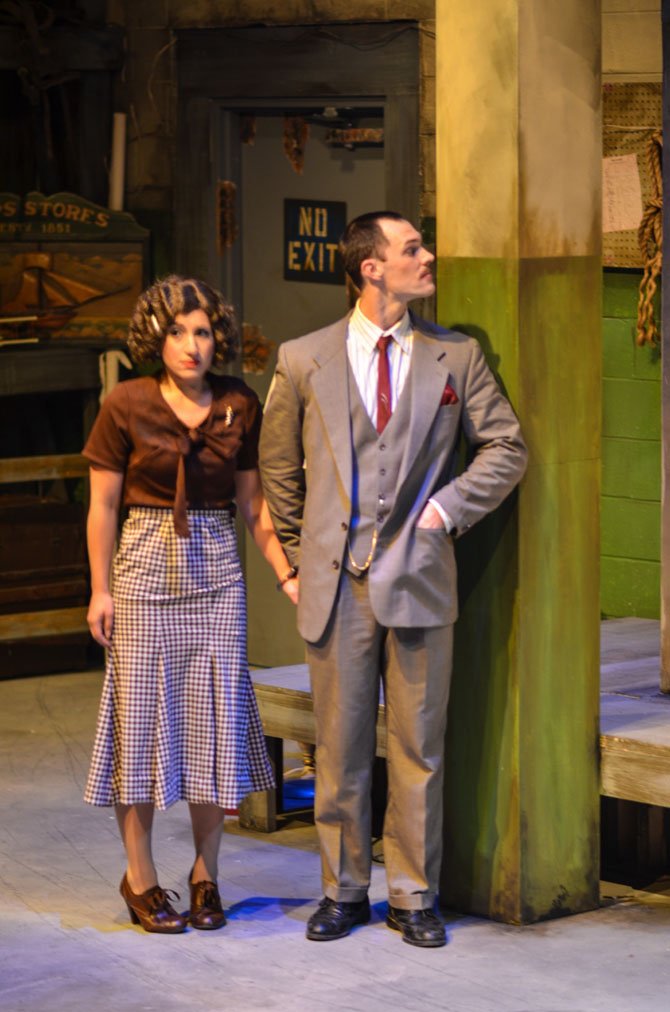 Emily Levey and James Finley in the NextStop production of “The 39 Steps” in Herndon. This is the new professional theatre’s first professional show.