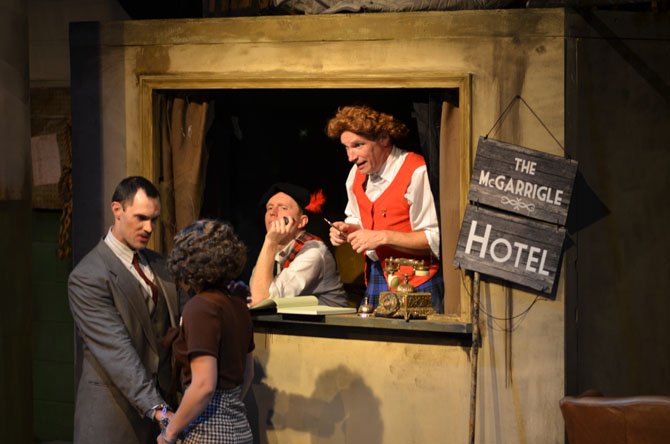 The entire four person cast on the stage for “The 39 Steps”: James Finley, Emily Levey, Evan Crump and Nick Rose.