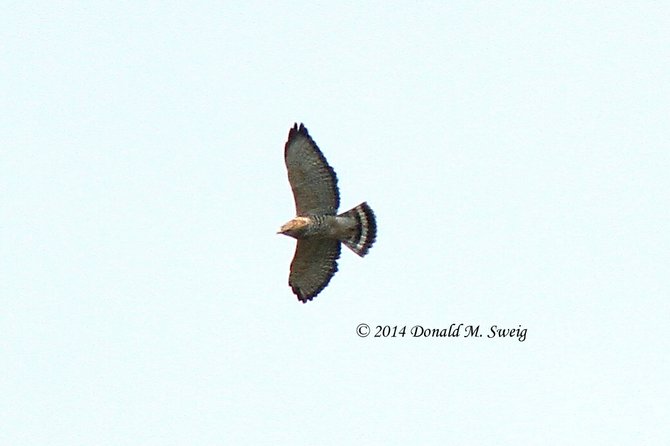 Adult Broad-winged hawk over Great Falls. Notice the wide, white band in the tail and the black edge at the back of the wing. The annual migration of Broad-winged Hawks passes through our area approximately Sept. 12-22.