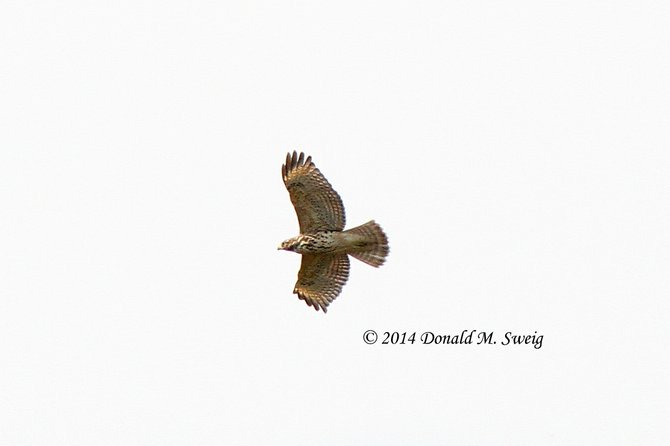 Immature Broad-winged hawk at Great Falls in Maryland. Notice the speckled upper breast, and the lack of the adult white tail band and black wing edging.