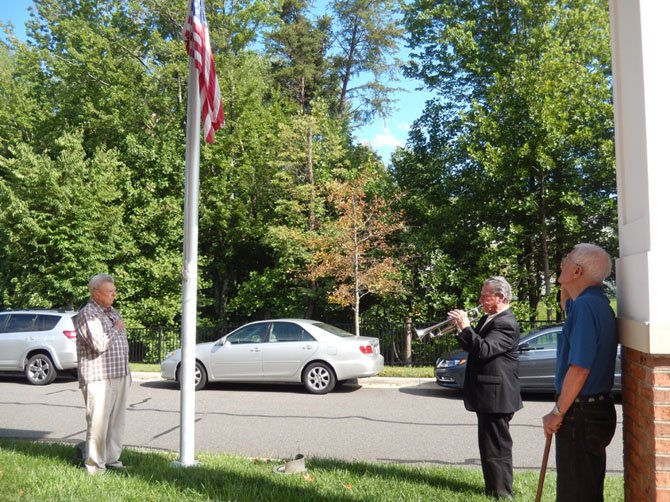 Theodore Smith plays “Taps” while (from left) Charlie Schuck places his hand over his heart and Jack Barbee salutes.