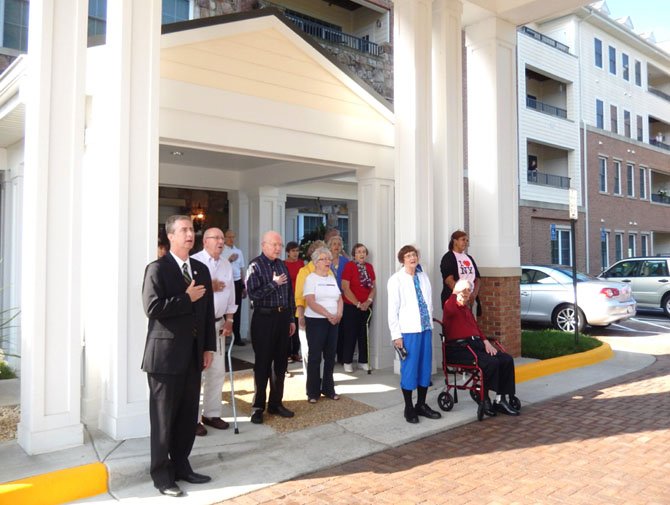 Del. David Bulova (on left) and others sing the “Star-Spangled Banner” outside The Woodlands.