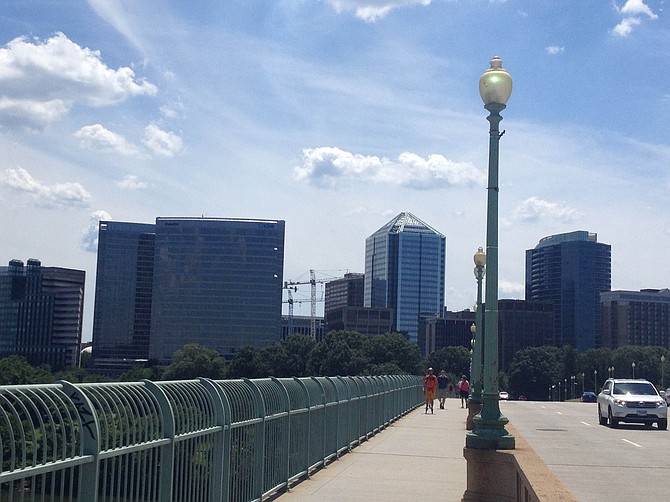 Arlington: Gondola Project Gets Off the Ground

Despite the colorful banners and lively street life, Crystal City’s a shell of its former economic powerhouse. While Arlington overall faces a high office vacancy of 20 percent, at 28.7 percent, Crystal City is hit the worst.

Controversy and discussion surrounding plans for Rosslyn was so intense, the meetings had to be divided into two five-hour sessions.