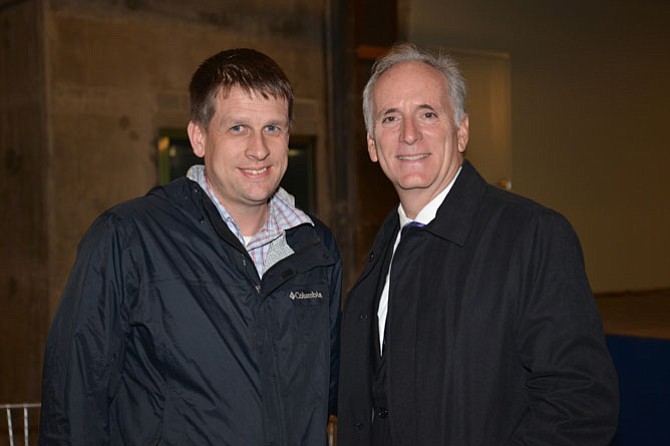 From left -- Metro bus and rail rider Brian Gannon attended the Northern Virginia Transportation Commission’s public forum and had the opportunity to meet and speak with Metro’s new GM/CEO Paul Wiedefeld. Complimentary of many of Metro’s staff, Gannon still had questions about service reliability, incorrect information about service disruptions and long waits, especially for night and weekend services.

When then Falls Church City Council member Dave Snyder was assigned to the Northern Virginia Transportation Commission (NVTC) in 1994 as part of his duties, he says he never suspected that his “luck” would lead him to a topic and to work that is as vital to and as challenging for the region today as it was when he entered that arena more than twenty years ago.