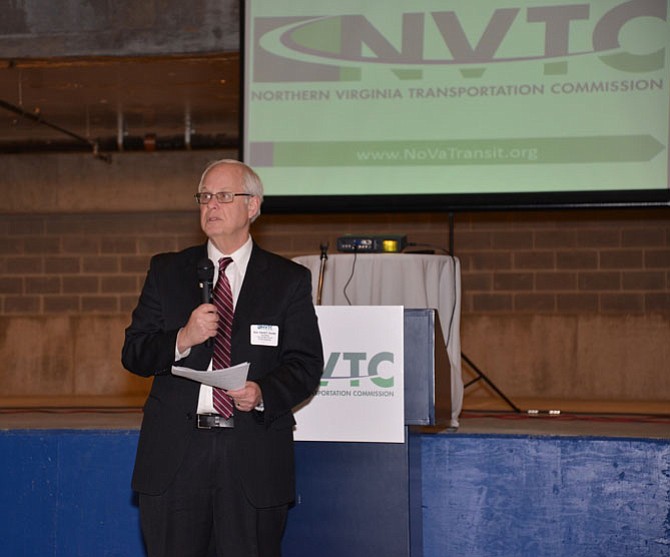 Dave Snyder, out-going chairman of NVTC, addresses the gathering. Snyder has been involved with the Commission since 1994 and has served as chairman on three occasions. He will be moving on to expand his role with the Emergency Preparedness Council where he assisted in coordinating the transportation and evacuation component of the Regional Emergency Coordination Plan.

When then Falls Church City Council member Dave Snyder was assigned to the Northern Virginia Transportation Commission (NVTC) in 1994 as part of his duties, he says he never suspected that his “luck” would lead him to a topic and to work that is as vital to and as challenging for the region today as it was when he entered that arena more than twenty years ago.