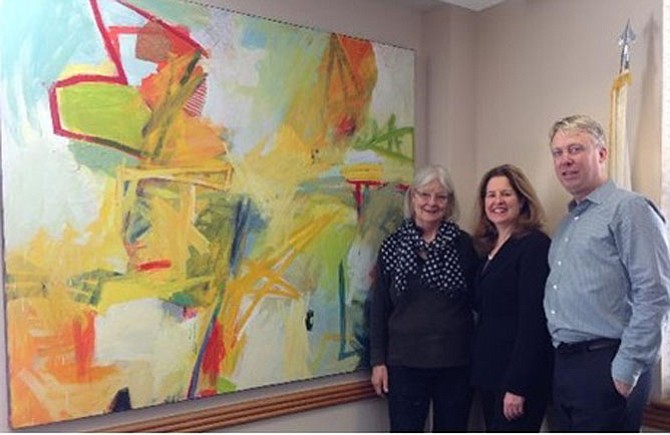 Potomac artist Tory Cowles, left, is one of three artists selected to have her work displayed in the office of City of Alexandria (Va.) Mayor Allison Silberberg. Cowles is shown with Silberberg and Torpedo Factory Arts Center CEO Eric Wallner next to her painting #875, which will be on exhibit through early 2017.

Potomac artist Tory Cowles is one of three artists to have her work selected to be exhibited in the office of newly-elected City of Alexandria (Va.) Mayor Allison Silberberg.