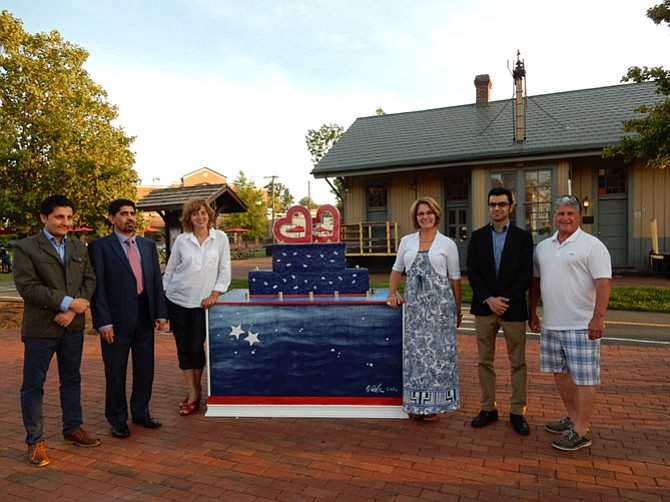 Herndon artist Vida Khadem (third from left) standing next to her work "United Hearts" which was displayed in the Town of Herndon near the Herndon Depot and W&OD Trail. Khadem studied at Herndon High School and George Mason University.