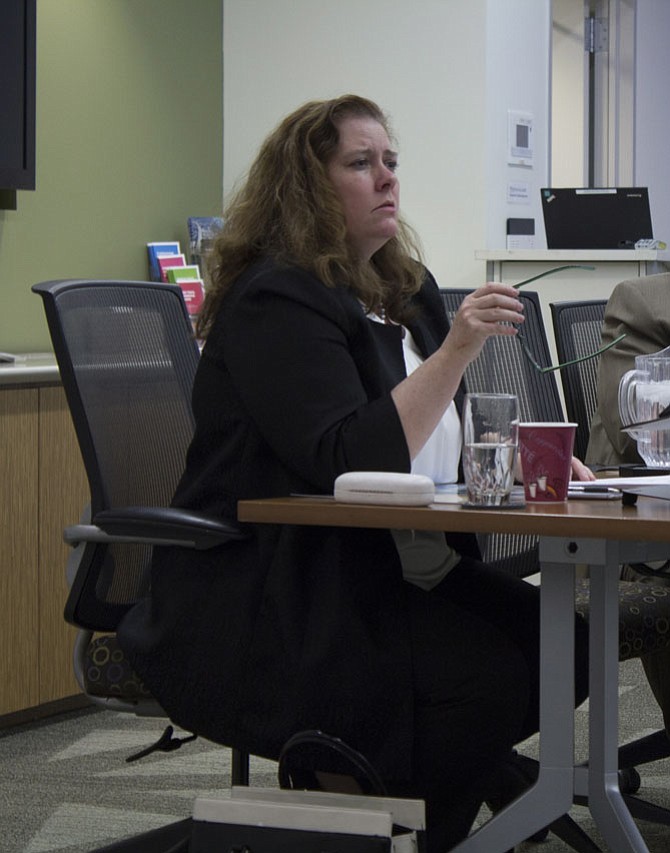 Deirdre Flaherty of StoneTurn Group answers questions from Reston Association members during a special board of director meeting on Monday, March 20.

The Reston Association voted to implement all recommendations the Lake House probe suggested in an effort to put the controversy behind it.